Three Big Leadership Mistakes I Have Made 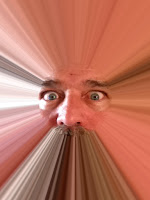 In my inexperience, I have endured more leadership failures than I care to bring to your attention. The only good thing that comes from failure is when you learn from your mistake and figure out how to make better decisions in the future.

Mistake Number One. This is the biggest mistake I kept making over and over. I expected that the people who were working for me would behave as I would in any given situation. With this naïve thought, I believed those coming alongside me believed in my mission, would be motivated by achieving my goals, be people of integrity, and serve to the best of their abilities. In other words, they would do what I would do.  I mistakenly thought that my heart would be safe in their hands. I discovered that this was not the case, not at all. People have their own agendas, their own way of accomplishing what they want and will do what they want even when they know it’s not what you want. When hiring, do your due diligence, closely examine their track record, what they have done in the past will be most likely the behavior you will experience in the future. But even this is not insurance against being betrayed. No one will do the job that you are doing, the way you know it is to be done, no one. Be vigilant.

Mistake Number Two. A failures to communicate kept taking me by surprise. I thought I was clear, I said it once, you shook your head, how can there be a communication problem. After all the entire task to be accomplished, the how and the when and the why are clearly in my head. What I have come to realize is that it takes a minimum of seven times before anyone really hears you. In addition to having to repeat and check for their listening responses, you must communicate what you need to be done in such a way that they understand what they will gain if there is a success and what they stand to lose if they are not successful. This must be done in a spirit of encouragement, not in a threatening tone. No real leader needs or wants to micromanage, so be prepared to explain what you want to be done several times, several ways and then follow up on several occasion asking if there is a need for clarification. It is wise to consider explaining why you need something done, show them the big picture, this gives a person flexibility to respond to dynamic circumstances.

Mistake Number Three has to deal with motivation. You can have God’s plan, you know how to do it God’s way, you have vision and enthusiasm, and you can’t get a soul to get excited about what you know is vital to be carried out. You can set the example, you can delegate authority, give them autonomy, but people are not motivated until they have an answer to the question “What’s in it for me?” You must present what you require to be done by aligning their interests with yours. How does their completion of a your task benefit them? Answering that question makes your goal, their goal which results in achieving our goal. Knowing that you have a stake in the outcome is a good motivator. As a leader you will have to follow up on their progress, recognizing their work in moving in the right direction. People like to be praised for their efforts.  Frequent progress reports are very important to keep the motivated motivated.

Three big leadership mistakes I have made are expecting people to behave the way I would behave; failing to continually communicate what, when, how, and, why something needs to be accomplished; and failure to motivate individuals by allowing them to see what’s in it for them. It’s my hope is by telling you how I have mislead, that you will avoid making the same mistakes as you lead your team.
Leadership